It’s no secret that the Chinese market provides an enormous opportunity for local businesses. But are Australian retailers doing enough to cash in?

Statistically speaking, there are two Chinese people entering into Australia every minute.

The ABS says 41 per cent of people in Melbourne CBD are Chinese, while in the Sydney CBD the figure is 44 per cent.

And with this sheer volume comes opportunities for Australian businesses.

Speaking at B&T’s Changing the Ratio last week, Sandhu asked the question; “why do Australian businesses not speak to the Chinese market more often?”

He shared examples of some major Australian companies that hava tested the waters.

David Jones has reworked its digital experience to cater for a Chinese audience and Medibank has improved its call centre experience for Chinese Australians.

But there are still more pathways for Australian businesses to explore in this area.

Sandhu highlighted one of the best ways to connect with this market – social media.

“The easiest way to communicate with Chinese Australians – tourists or international students – is through social media,” he said.

“When we look at how Chinese Australians consume media versus how Australian counterparts consume media, we can see that Australians watch more television whereas the Chinese spend a significant amount of time on their mobile devices.

“This is pretty on par with Google and Facebook’s approach of a mobile-first market.”

But the social media landscape for Chinese Australians is less Facebook and Instagram and more WeChat and Weibo.

And the very nature of these platforms changes the way businesses approach social media.

WeChat, described by Sandhu as “WhatsApp on steroids”, is a peer-to-peer messaging platform equipped with a services section and payment platform – WeChat Pay.

Its far-reaching uses make it a popular platform across all ages, but particularly among older demographics.

Micro-blog Weibo, on the other hand, captures a younger audience.

And this demographic is characterised by its “high-spending power”, as opposed to disposable income, Sandhu said.

“High disposable income means you made that shit yourself, that’s money from your hard-earned day that you’re going to spend on things you want.

“High-spending power means you have the funds in your bank account, but you didn’t necessarily make those funds, they can come from mum and dad, but you still have a lot of spending power.

“The reason we’re seeing two thirds of all luxury sales in Australia – your Pradas and your Guccis – going towards the Chinese market is because they have high-spending power.” 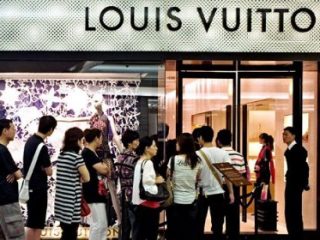 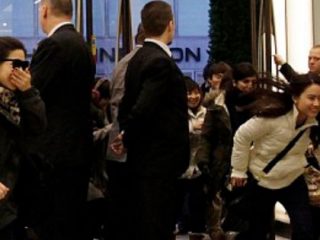