Among the many festivals of China there are some that stand out as not only being an integral part of Chinese culture and tradition but should also be an essential component in the marketing calendar of any brand wishing to capture a slice of this lucrative, billion-dollar market.

Golden Week is one celebration not to miss!

Originally created 20 years ago to honour the founding of the People’s Republic of China and encourage the growth of domestic tourism, Golden Week has grown to such an extent to now have one of the largest human migrations in history as half the country’s population travels at the same time.

What does this mean for Australian tourism? Every minute there are 2 Chinese tourists entering Australia. During Golden Week this increases to 3.6 tourists per minute.

According to Alipay, spending in Australia during Golden Week 2018 increased by 25% per user from the previous year across all major categories. Also, Chinatown in both Sydney and Melbourne captured almost 40% of the global transactions.

In 2019 we can expect these figures to increase exponentially as Chinese tourism in Australia continues to rise.

Off the back of this huge growth in tourism during this key period, Australian retail could expect to see an increase of instore foot traffic and a higher presence of online visitors.

How can the retail sector capitalise on this growth?

Chinese consumers are keen social media users and use platforms like WeChat and Weibo to run their daily lives. As of Jan 2019 there are one billion daily active users on WeChat!

One way retail can leverage off these exorbitant figures and help attract more customers is to utilise the WeChat “Shake” feature, a location-based service that uses technology called iBeacon.

More specifically, the shake feature enables offline businesses to run campaigns offering coupons, discounts and membership cards through WeChat that can be pushed to consumers in the nearby area via beacons. Consumers just “shake” their phone to receive offers.

10 beacons were placed next to store entrances near posters alerting users to the promotion, encouraging them to shake their phones to receive instore offers. Customers had to be within a 20 metre radius to interact with the beacons.

The campaign included a “Store Guide” helping consumers to locate their favourite brands, an “Event Page” written in both English and simplified Chinese featuring over 30 exclusive “Limited Time Offers” only available during Golden Week (1 – 7 Oct) plus, the David Jones QR code was displayed at the end of the event page to attract followers.

Upon receiving the instore offers, consumers then presented the offers to a sales rep to process by scanning the bar code.

This resulted in an increase of instore foot traffic by more than 1,300 during the Golden Week period. 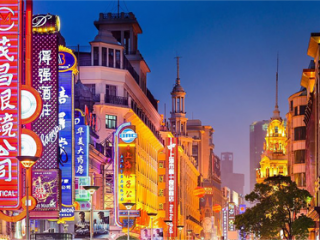 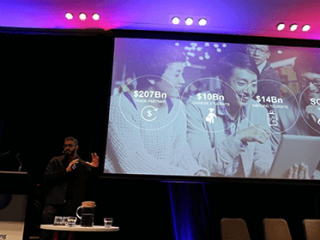